The causes and forms of harassment are wide-ranging and complex. The same behaviour which may be inoffensive to one person can be offensive and intimidating to another person. Unintentional or misinterpreted behaviour may cause feelings of harassment. Harassment covers a wide range of behaviours of an offensive nature. It is commonly understood as ‘behaviour that disturbs or upsets’, and it is characteristically repetitive. In the legal sense, it is behaviour that appears to be disturbing or threatening.

Examples include unnecessary touching, jokes of a sexual nature, inappropriate use of suggestive visual images and intimidating behaviour such as asking for sexual favours in return for positive academic assessment or a promotion.

Examples of racially motivated actions and behaviour include inappropriate questioning about racial or ethnic origin, offensive graffiti and intimidating behaviour such as threatening gestures.

Examples based on lack of tolerance of personal difference including making fun of personal circumstances and/or appearance.

Examples of this form of psychological and/or physical harassment include unmerited criticism, isolation, gossip, changes to job duties that are detrimental, responsibilities delegated but without authority, essential information withheld, or behaviour that is intimidating or demeaning.

Examples include homophobic remarks or jokes, threats to disclose sexuality and intimate questions about sexual activity.

Examples that undermine the dignity of people with disabilities include discussion of the effects of a disability on an individual’s personal life, uninvited touching or staring, and inappropriate questioning about the impact of someone’s disability.

Examples include derogatory age-related remarks and unjustifiable dismissal of suggestions on the grounds of the age of the person.

Examples include leaving repeated or alarming messages on voice mail or e-mail, following people home, or approaching co-workers to ask for personal information.

Examples include verbal, psychological or physical harassment used against targets because they choose to practice a specific religion. Religious harassment can also include forced and involuntary conversions.

Students who feel that they have been discriminated against or harassed should report this information to a staff member of Advance-Forward that they feel they can trust. If they do not wish to contact any staff face to face they can do so by means of an email to [email protected] This will initiate our complaints handling procedure which will be fair and transparent and will protect your rights as a complainant.

WE HAVE A ZERO TOLERANCE POLICY TOWARD BULLYING, HARASSMENT AND THE CONSUMPTION OF ILLEGAL DRUGS OR ALCOHOL DURING YOUR TRAINING. PARTICIPATION IN ANY OF THESE EVENTS WILL RESULT IN THE IMMEDIATE CESSATION OF YOUR TRAINING AND THE FORFEITURE OF ANY REFUNDS YOU MAY HAVE BEEN ENTITLED TO. 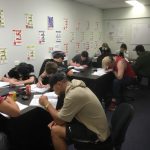 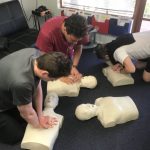 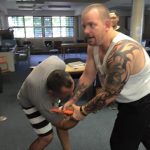 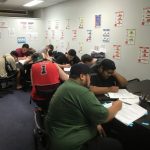